While the healthcare industry continues to grow, there are several big tech companies such as Amazon, Apple, and Microsoft who all want a piece of the pie. It was only a matter of time before Google started making headlines.

Over the past year, Google has been engaged with Ascension in a once-secret “Project Nightingale” in efforts to gain ground in the EHR (electronic health record) market. This project appears to be Google’s biggest stride in the healthcare industry through processing patient’s medical data.

This project began last year in private, however it has been noted that the data sharing accelerated since summer 2019. Such data includes tens of millions patients’ lab results, diagnoses, hospitalization records, and much more.

How Google Plans to Use Patient Data: 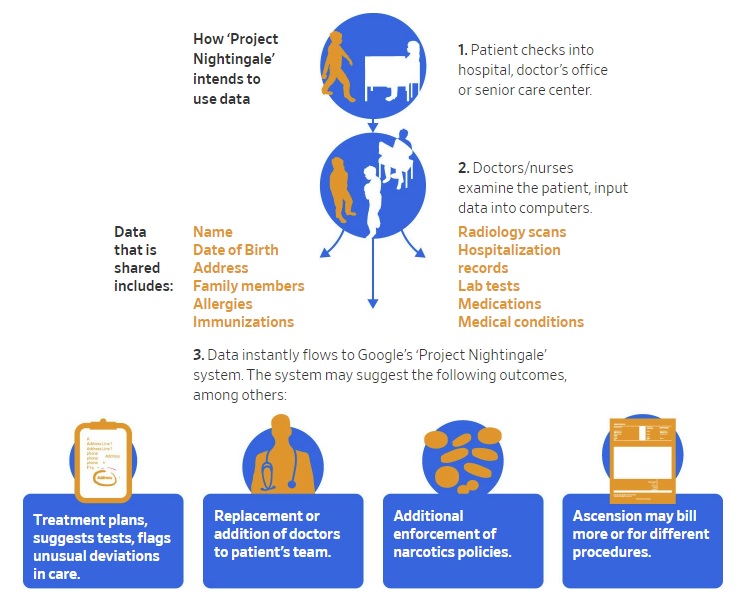 While Ascension operates 150 different hospitals in 20 states plus the District of Columbia, it is easy to see why Google would align themselves with this company. In a blog post by Google, both companies addressed concerns with "Project Nightingale".

Google claimed that some major goals working with Ascension was to shift Ascension's infrastructure to the cloud, use G Quite productivity tools, and extend tools to doctors and nurses to improve care.

Both Google and Ascension have claimed that the project is compliant with federal health law and also includes in-depth regulations to protect patient data.

"We are happy to cooperate with any questions about the project. We believe Google's work with Ascension adheres to industry-wide regulations (including HIPAA) regarding patient data, and comes with strict guidance on data privacy, security, and usage."

The question is: Who do you trust with your patient records?